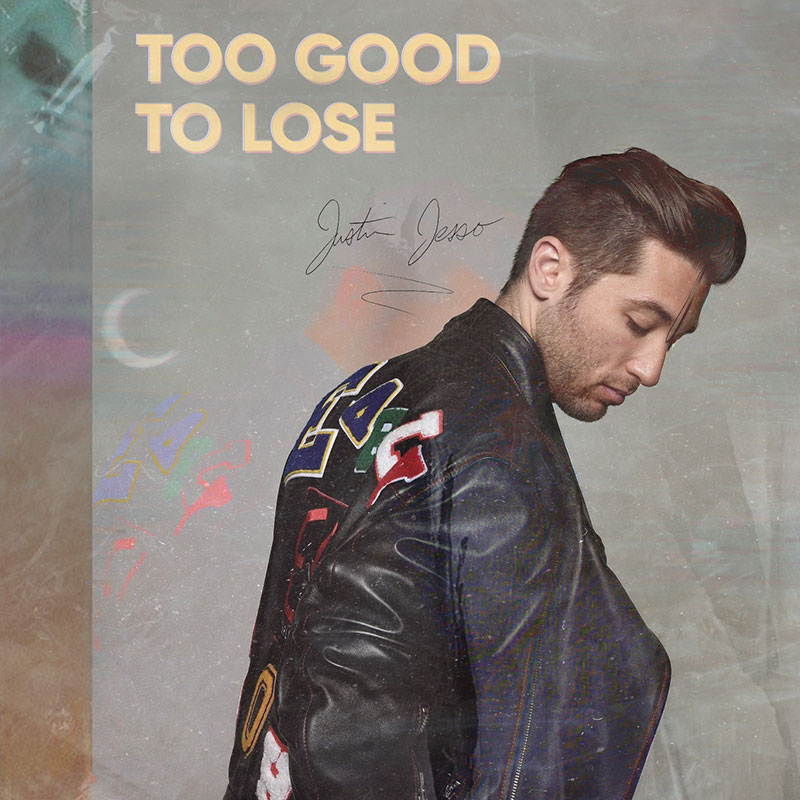 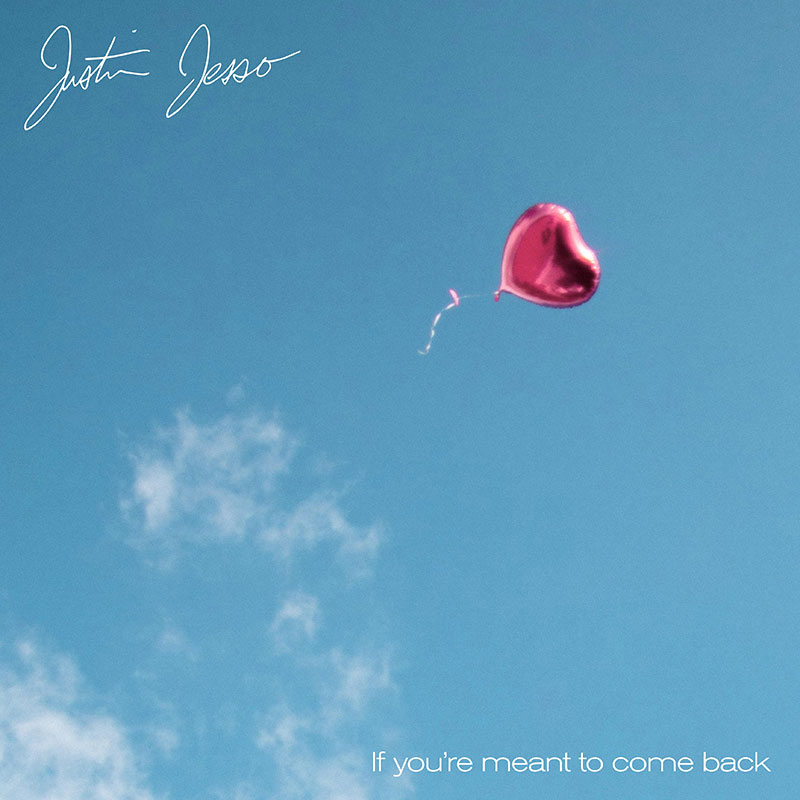 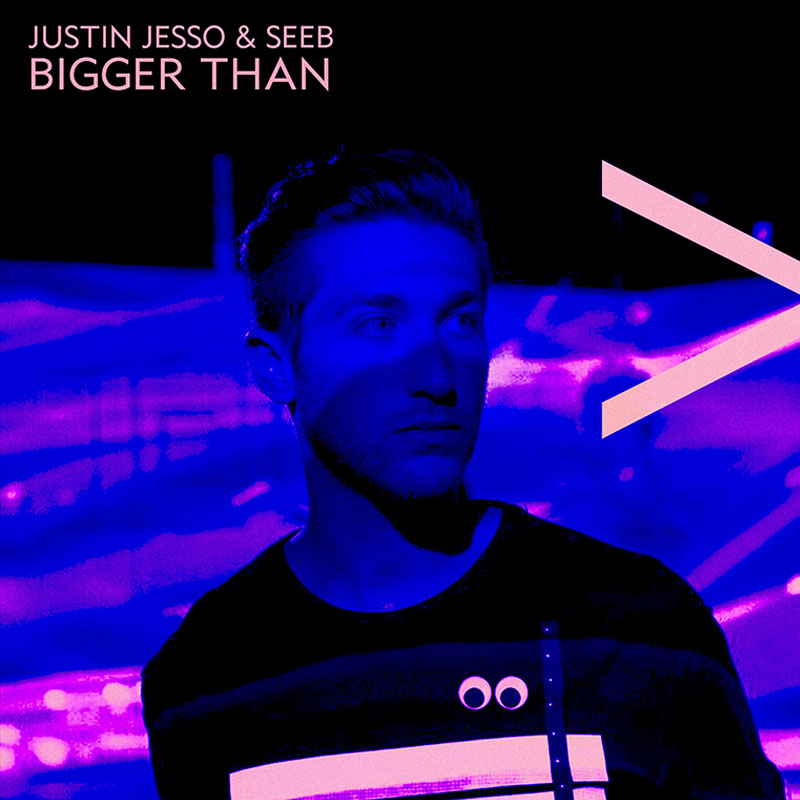 Music’s always been essential in Justin Stein’s family. His great grandfather – the man, whose surname Justin chose as his moniker – was a popular bandleader in the Roaring Twenties, entertaining Chicago’s underworld with his piano skills at special request of the infamous Al Capone many times. Justin’s grandmother played a significant role in his career as well, by making the five-year-old climb a stage for the very first time. It was right after the short performance that Justin unalterably decided to spend the rest of his life as a musician in front of big audiences. A path Justin Jesso has pursued with single-minded determination ever since. With hundreds of millions of streams for his collaborations with international pop greats such as Ricky Martin, The Backstreet Boys, or Norwegian dance producer Kygo (co-writing his global smash “Stargazing”), the charismatic young man has by now also made his mark as a celebrated solo artist. This is just the beginning for Jesso, who will be continuing to turn heads in 2020!

Ever since he could walk, two things have been driving Justin the most: his outstanding talent and an almost obsessive ambition to prove a point – to himself and the rest of the world. Technically, his calling surfaced before Justin spoke his first words. “My mom likes to tell this story of how I was one year old and screamed at the top of my lungs through the entire Super Bowl on TV. But when Whitney Houston appeared in the halftime show to sing her version of the National Anthem, I was so smitten by her voice that I immediately stopped crying. And when her last note faded, I went straight back to screaming”, Justin laughs. It’s hardly surprising that he calls the great R&B and soul-pop queen one of his biggest influences next to other music icons like Earth, Wind & Fire, Stevie Wonder, James Brown, and Michael Jackson.

Justin grew up in the relatively small village of Glencoe, Illinois – just under half an hour from Chicago, at least if for once, the roads weren’t taken by the icy claws of a merciless American East Coast winter. His passion was undeniable early on: “Instead of choosing a football like most other kids, I’d always rather go for the toy microphone”, Justin remembers. He took up piano lessons shortly after and wrote his first song at the age of nine. The multi-talented boy also performed in several Chicago theater plays, even starring in more than one show simultaneously at the age of 14 – much to his teachers’ annoyance, who would regularly complain about him missing class. Two years later, Justin met a producer, who taught him his first lessons in songwriting, paving the path for Justin’s next important step. At 18, Justin released his debut album, which caught the attention of Disney’s talent scouts. On the verge of becoming the next big teen star, he toured the entire country as a support act for other young Disney artists like Jesse McCartney, Jordin Sparks, Raven Symoné, and Corbin Bleu.

When his management contract vanished into thin air overnight, Justin enrolled for the Meisner Acting Training in New York City – but after two years ended up feeling disillusioned, depressed, and lonely. “I was an average actor. My fellow students were making great progress, while I actually thought the classes were expendable. Ultimately, during a class, I had a nervous breakdown. I couldn’t breathe and couldn't stop crying. Suppressed emotions were taking their toll – my fears, my pain. I had intended to become a good actor in order to get better at conveying my emotions, but I hadn’t composed a single song in two years. It was then that I finally realized, how much I missed music from the bottom of my heart.”

Following a brief songwriting intermezzo in Los Angeles, Justin applied at the Clive Davis Institute of Recorded Music at the NYU – and was promptly rejected with the explanation that they couldn’t teach him anything he didn’t already know as a seasoned performer and musician. However, this was no deterrent for the ambitious artist. “They only accept four applicants for their sponsorship program, but I felt such a strong urge that I couldn’t take no for an answer and turned it into a challenge. I decided to convince every single teacher of my declared intention and after the first half-semester, I was officially accepted. I just wanted to be with people, who loved music as much as I did, and I was privileged to meet many people, who inspired me deeply – an experience that changed my life fundamentally.”

While studying at the Clive Davis Institute, Jesso gained more experience with internships at a New York booking agency as well as a big publishing company, where he connected with studios, producers, and songwriters. A while later, love made him move to Los Angeles, where Justin took part in several songwriting camps. In 2016, he co-wrote the No.1 smash “Vente Pa`Ca (feat. Maluma)” for Latin American Grammy-nominee Ricky Martin, jump-starting a second career, while still waiting for his breakthrough as a solo artist. Until a fateful Monday morning in the summer of 2017, when he wrote “Stargazing” during a writing session with Jamie Hartman and Stuart Crichton – a track that would turn his whole life around. “On Tuesday we sent the track to Kygo, got the revamped version back on Wednesday, and had the final single by Friday”, Justin recalls with a smile. However, there was one small problem: “Kygo’s label wanted a bigger name on vocals. I had composed a lot of songs by then but had never been asked to sing on them, because I wasn’t famous enough. Record companies were interested in my music, but not in me as a performer. In the end, it was Kygo, who insisted that they let me sing on my song.”

The rest is history. “Stargazing (feat. Justin Jesso)” has accumulated over 113 million YouTube views to date, and was awarded multitudes of gold and platinum awards worldwide for more than 400 million streams. In the wake of the success, Jesso delighted an audience of millions on his two-year world tour with Kygo, which took them to sold-out arenas in Asia, Australia, North and South America, and Europe. “Live shows are the most exciting part for me. I’ve been a performer all my life and I love communicating with the audience. My experience in acting inspires my live performances, as you need to be aware of your feelings to be able to express them. You can only touch people if you’re honest and willing to open up your heart.” After successful collaborations with acts such as The Backstreet Boys, Madcon, Armin Van Buuren, Nina Nesbitt, and Alle Farben it’s this unique blend of emotion, drive, and not least his unforgettable voice that Justin delivered on his first solo record „My Body“ in 2018. After releasing the EP “Let It Be Me” in 2019, Jesso is now dropping his brand-new track “Bigger Than”. The song came together with Norwegian producing duo Seeb, who worked with Taylor Swift, Bastille, Shawn Mendes, One Republic, and Mike Posner among other artists, racking up more than two million streams for their songs and remixes. In only one week, “Bigger Than” registered almost 1.5 million Spotify streams. In Norway, the track entered the Top 50 right away, currently ranking at #20 in the Norwegian Spotify charts.

“As a child, it was my biggest dream to become as famous as Michael Jackson. Now, I realize how ridiculous and unattainable that is. The new single is about being remembered for what we achieve – not for how wealthy we might get. It’s a very spiritual song. The lyrics relate to a life we can be proud of. It’s about doing the right thing at the right time, being a good person. I’m incredibly thankful to be able to do what I love – especially in these turbulent times. I’m always on the quest for answers, and I’ve learned one thing: You shouldn’t try to reach your goals too stubbornly. Everything happens at the right time, and the universe plays by its own rules. The more desperately you wish for something, the longer it might take. You have to be patient. Music has always helped me to understand my feelings better – today, it makes me happy to just be able to connect with my fans and hopefully touch them with my songs.”